The 25 Hottest Women in the World

Who are the hottest women in the world, right now?

This collection of hot celebrities is ranked by pop culture junkies worldwide. The actresses, singers, models, and personalities on this list have some of the hottest bodies in show business. Among those included are winners of Grammys, Oscars, and Emmy Awards.

The people have voted, and below are the women ranked as the most beautiful of all time.

The 25 Hottest Women in the World

This list has been compiled using information from Celebrity Net Worth and Ranker. We have tried to make sure they are as up to date as possible.

Here are the 25 hottest women in the world:

Katy Perry is an American singer and songwriter. Perry pursued a career in gospel music as a child, and she later signed with Red Hill Records and released her debut album ‘Katy Hudson’.

She is best known for the tracks ‘I Kissed a Girl’, ‘Firework’, and ‘Dark House’.

Shakira is a Colombian singer, songwriter, dancer, businesswoman, and philanthropist. She rose to prominence in Latin America with her major label debut ‘Pies Descaloz’ and her fourth album ‘Dónde Están Los Ladrones’.

Shakira has sold more than 125 million albums worldwide, and has now become one of the richest singers worldwide.

Kristen Bell is an American actress. Bell began her acting career in stage productions. In 2001, she made her Broadway debut. She appeared in the film ‘Spartan’ and won praise for her performance in ‘Gracie’s Choice’.

Bell appears 23rd on this list of the most beautiful women in the world.

Jessica Lucas is a Canadian actress and singer. She is known for her roles in television, such as Edgemont, Melrose Place, Cult, and Gotham, and in the films The Covenant, Cloverfield and the 2013 re-make of Evil Dead.

In 1991 she moved to Hollywood and came to prominence with roles in films such as ‘Desperado’, ‘From Dusk till Dawn’ and ‘Dogma’.

Related:  The 20 Richest Comic Book Characters of All Time

She is known for playing cheerleader Claire Bennet on the NBC sci-fi series Heroes (2006–2010) and Juliette Barnes in the ABC/CMT musical-drama series Nashville (2012–2018).

Rachel McAdams is a Canadian actress and activist. She began working in Canadian television and film productions, such as the drama ‘Perfect Pie’. She has also starred in films such as ‘Mean Girls’, ‘The Notebook’, The Vow’ and ‘Game Night’.

Jennifer Lawrence is an American actress. Her films have grossed over $5,7 billion worldwide. Lawrence was the highest-paid actress in the world in 2015 and 2016. During her childhood, she performed in church plays and in school musicals. She was 14 years old when a talent scout spotted her.

Blake Lively is best known for starring as Serena in the drama television series ‘Gossip Girl’.

Lively has starred in a numerous of films such as ‘The Sisterhood of the Traveling Pants’, ‘The Town’, ‘Green Lantern’, ‘Savages’, ‘The Age of Adaline’, ‘The Shallow’ and ‘A Simple Favor’.

Keira Knightley is an English actress. Knightley has worked in both the British and American film industries, and she has starred in Broadway and West End theatre productions.

She is best known for her roles in the ‘Pirates of the Caribbean’ films, as well as ‘Bend It Like Beckham’, ‘Love Actually’, and more.

Knightley has always been a head-turner in the British film industry.

Olivia Wilde is an American actress, producer, model, director, and activist. Wilde is best known for her role as ‘Dr. Remy’ on the medical-drama television series ‘House’.

She is also known from the films ‘Conversations with Other Women’, ‘Alpha Dog’, ‘Tron: Legacy’ and ‘The Lazarus Effect’.

Robyn Rihanna Fenty is a Barbadian singer, businesswoman and actress. Over the years, Rihanna has become one of the most popular singers in the world, and has achieved a net worth of $260 million dollars.

Jennifer Aniston is an American actress, film producer, and businesswoman. Aniston began working as an actress at an early age. He career grew successfully in the 1990s, and she has remained a well-known public figure and established herself as one of the leading, highest-paid, and richest actresses in Hollywood.

Related:  The 10 Most Evil People in History

We always knew Aniston would appear on this list of the hottest women in the world.

Kate Beckinsale is a British actress. She made her film debut in 1993 when she starred in the film ‘Much Ado About Nothing’. Beckinsale appeared in British costume dramas such as ‘Prince of Jutland’, ‘Cold Comfort Farm’, ‘Emma’ and ‘The Golden Bowl’.

Emma Watson is an English actress, model, and activist. Watson attended the Dragon School and trained as an actress at the Oxford branch of Stagecoach Theatre Arts.

Her big breakthrough came when she had her first professional acting role as ‘Hermione Granger’ in the Harry Potter film franchise.

Selena Gomez is an American singer, actress, and producer. Gomez has appeared in television series such as ‘Barney & Friends’ and ‘Wizards of Waverly Place’. Gomez is also an incredibly good singer, and she is today considered to be one of the most popular celebrities in the world.

Gabrielle Monique Union-Wade is an American actress, activist, and author. She began her career in the 1990s, appearing on TV sitcoms, before playing supporting roles in teenage romance/comedy films She’s All That and 10 Things I Hate About You.

Adriana Lima is a Brazilian model and actress, best known for being a ‘Victoria’s Secret Angel’. Lima is the most valuable Victoria’s Secret Angel and she has been a spokesmodel for Maybelline cosmetics since 2003 and for her Super Bowl and Kia Motors commercials.  When she was 15 years old, she won Ford’s “Supermodel of Brazil”.

Mila Kunis is an American actress, born in the Soviet Ukraine. Kunis appeared in several television series and commercials before she had her first significant role when she was 14 years old. She is best known for portraying ‘Jackie Burkhart’ on the television series ‘That 70s Show’.

Kunis has also starred in many films, including ‘TED’, ‘Friends With Benefits’, and ‘Bad Mom’s’. She appears 7th on this compilation of the hottest women in 2019.

Natalie Portman is a film actress, producer, and director with dual Israeli and American citizenship. Portman is the recipient of various accolades, including an Academy Award and two Golden Globe Awards. She gained international recognition for starring in ‘Star Wars: Episode I – The Phantom Menace’.

Related:  The 25 Best Documentaries on Netflix to Watch Right Now

Kate Upton is an American model and actress. She was named the Sports Illustrated Swimsuit Issue Rookie of the Year following her appearance in the magazine in 2011. Upton has also appeared in the films ‘Tower Heist’, ‘The Other Woman’ and ‘The Layover’.

Charlize Theron is a South African/American actress. Theron is the recipient of several accolades, including an Academy Award, a Golden Globe Award, and the Silver Bear for Best Actress. She is best known for her performance in the films ‘Mighty Joe Young’, and ‘The Cider House Rules’.

Jessica Alba is an American actress and businesswoman. Alba began her television and movie appearances at the age of 13 in Camp Nowhere’ and ‘The Secret World of Alex Mack’. Her rose to prominence came when she was 19 years old when he was the lead actress of the series ‘Dark Angel’.

Scarlett Johansson is an American actress and singer. Johansson is one of the world’s highest-paid actress. She has made multiple appearances in the Forbes Celebrity 100, and she has a star on the Hollywood Walk of Fame.

Megan Fox is an American actress and model. Fox began her acting career in 2001, with several minor television and film roles. She made her debut film debut with a role in the teen comedy ‘Confessions of a Teenage Drama Queen’.

In 2007, she had her breakout role alongside Shia LaBeouf in ‘Transformers’.

How many of you thought Megan Fox would appear on this list as the most beautiful woman in the world? Asia is the world's largest and most populous continent. This continent is made...

Had so much fun today at @xoho_boutique so many cute things!... 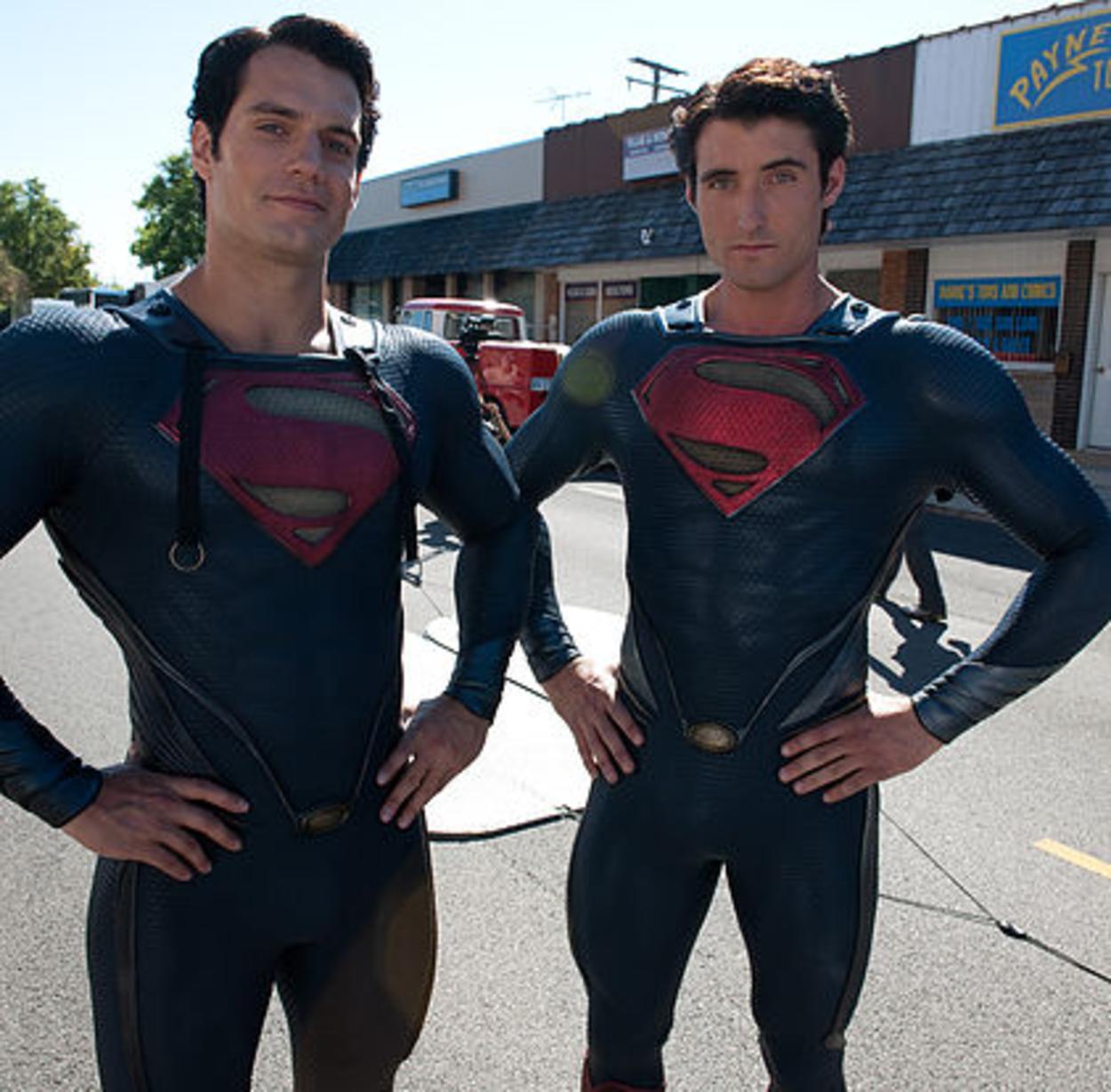 Your mom and your wife aren’t the only mothers who deserve major kudos. These beautiful...

We introduce you to the Russian creator of the movement...